This year’s selection is a rip-roaring recording of Tchaikovsky’s Nutcracker Suite from the very early days of electrical recording. Oscar Fried’s 1929 recording with the Royal Philharmonic Orchestra was made for UK Columbia, and the sound is a little “zingy” but nevertheless very impressive (frequency response all the way up to 5kHz). This particular transfer (from an out-of-print Preiser CD which also includes a sensational performance of Tchaikovsky’s “Pathétique” Symphony and the suite from Delibes’ Coppelia) sounds as if it was effected from laminated pressings in excellent condition. I’ve corrected the EQ curve and applied a small amount of noise reduction, but didn’t take heroic measures to remove the swishes completely; this is, after all, some vintage holiday cheer! The “Trepak” should leave your jaw hanging, and the “Waltz of the Flowers” is the most thrilling pre-stereo performance I’ve heard. You can stream the 320kHz mp3 or click here to download a mono 44.1kHz 16-bit FLAC.

The current mystery track: the finale from one of my favorite chamber works, Franz Schubert‘s Octet D803. Your mission: identify the players. Clue: not an organized ensemble per se. Answer will be posted late Friday afternoon. If you want, send your best guess to me here. 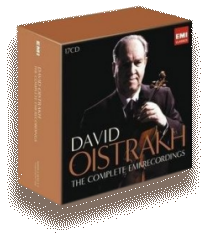 William Walton’s Crown Imperial as performed on November 19, 1969 by the Hallé Orchestra and Trumpteres & Band of the Royal Military School of Music, Kneller Hall conducted by Sir John Barbirolli (the organist is not identified), at Royal Albert Hall. Oddly, the only sources for this recording are mono airchecks; the present one is a correctly pitched version of the same recording issued in CD format on BBC Legends 4100-2.

Pierre Monteux conducts the Standard Symphony Orchestra (San Francisco Symphony) in Respighi’s Fontane di Roma; live aircheck of the March 24, 1946 broadcast of The Standard Hour, now available on Sunday Evenings with Pierre Monteux on Music and Arts. You can order it here (3rd item from the top).

Shortly after the 1962 release of Otto Klemperer’s EMI/Columbia (UK) recording of Mahler’s Symphony No.4, musicologist Deryck Cooke recorded a program for the BBC Third Programme comparing Klemperer’s recordings to others, particularly Bruno Walter and Willem Mengelberg, in search of an “authentic” interpretive approach to Mahler.

END_OF_DOCUMENT_TOKEN_TO_BE_REPLACED

Stokowski recalls the both the world premiere and American premiere of the work; from an interview recorded in the late 1960s. (Podcast is after the break.)