Following an underwhelming concert last Thursday, I was beginning to think I was getting too cynical for concertgoing.

END_OF_DOCUMENT_TOKEN_TO_BE_REPLACED

I’ve just returned from a sensational concert at the Salle Pleyel. I cannot recall the Orcehstre de Paris ever sounding anything close to as formidable as they were this evening. Lorin Maazel, who returned to the OdP after a decade of absence, led a colorful and characterful performance (with more than a few daring nuances of tempo and phrasing) of works by Ravel and Dukas – Ma mère l’oye, Tzigane (with OdP principal violinist Phillipe Aiche), L’Apprenti Sorcier, Rhapsodie espagnole, and La Valse, with the Farandole from Bizet’s L’Arlesienne as an encore.

The audience was wildly enthusiastic, and (knowing full well that this is probably going to ruffle the feathers of a couple of my friends who are frequent critics of Maazel) so was I. Under Maazel, The New York Philharmonic was never less than engaging and more often than not thrilling; this concert, easily the most enjoyable I’ve seen this season, makes me miss the level of playing he got from the Philharmonic.

My “official” review is live at Classical Source, but I’m going to add a few comments here.

END_OF_DOCUMENT_TOKEN_TO_BE_REPLACED

My review is live at Classical Source. And for those who missed it, my review of the season’s first and well-programmed ACO concert can be found here.

Of course I can’t pass up an opportunity to create a terrible pun, and in this case it’s apt. Yes, it’s the 200th anniversary of virtuoso pianist and underrated composer Franz Liszt, and the music world is being inundated by recitals and recordings. Naturally, it’s easy to be jaded about anything Lisztian under the circumstances, so I’m pleased to report that last night’s recital of some of the composer’s barnburners at Christ & St. Stephen’s Church in Manhattan (about a 5 minute walk from Lincoln Center) was one of the best programs I’ve seen all year. And the artist is a name you’re unlikely to know, but should. END_OF_DOCUMENT_TOKEN_TO_BE_REPLACED

Pascal Rogé made a strong impression at last year’s New York Chamber Music Festival, and returned this evening for a program of collegial music-making.

END_OF_DOCUMENT_TOKEN_TO_BE_REPLACED

Go read this story. One of my very reliable overseas contacts tells me that this is just the beginning of trouble for a certain quasi-omnipotent music management firm.

Synaphaï welcomes Elizabeth Barnette as a contributing writer and critic.

After starting their American tour in Washington D.C. at the Kennedy Center on April 7, the ATOS Trio came to New York to play two different programs on Saturday evening and Sunday afternoon.

END_OF_DOCUMENT_TOKEN_TO_BE_REPLACED 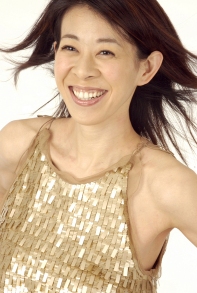 Regular readers of my blog know I love Jenny Lin’s terrific traversal of the Shostakovich Preludes and Fugues, Op. 87. Last Thursday, I had the opportunity to hear her play keyboard works of György Ligeti in Greenwich House Music School’s recital space.